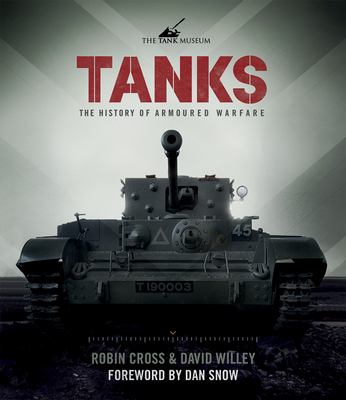 In 1916, for the first time, the tank participated in a small engagement on the Somme. Despite its shortcomings, it altered the course of World War I. Tanks charts the weapon's first century, from its early stumbling attempts to today's lethal killing machines: the technical developments, the various models, the tacticians who used it best, and the famous battles where they played a role.

Robin Cross has written over 30 books, including The Battle of Kursk (Penguin) and VE Day (Sidgwick & Jackson). He has contributed to over 150 television documentaries. David Willey is the curator of The Tank Museum in Dorset. He has contributed to many Haynes manuals on tanks. The Tank Museum receives 170,000 visitors per year and holds the biggest and best collection of tanks and military vehicles from around the world. The museum has strong links with the hugely successful World of Tanks game.