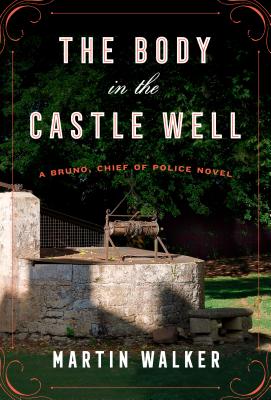 When Claudia Muller, a young American woman, turns up dead in the courtyard of an ancient castle in his jurisdiction, Bruno Courrèges initially assumes that she died of an overdose. But Claudia’s doctor soon persuades him that things may not be so simple, setting Bruno on an investigation that will lead him from the Renaissance to the French Resistance and beyond. Claudia had been studying with Monsieur de Bourdeille, a renowned art historian who became extraordinarily wealthy through the sale of paintings that may have been falsely attributed—or so Claudia suggested shortly before her death. In his younger days, Bourdeille had aided the Resistance and been arrested by a Vichy police officer whose own life story also becomes inexorably entangled with the case. Also in the mix is a young falconer who works at the Château des Milandes, the former home of fabled jazz singer Josephine Baker. Once again, it’s up to Bruno to make sure that justice is served—along with a generous helping of his signature Périgordian cuisine, of course.

Martin Walker is a senior fellow of the Global Business Policy Council, a private think tank based in Washington, D.C. His previous novels in the Bruno series are Black Diamond; Bruno, Chief of Police; The Children Return; The Crowded Grave; The Dark Vineyard; The Devil’s Cave; Fatal Pursuit; The Patriarch; The Resistance Man; A Taste for Vengeance; and The Templars’ Last Secret, all international best sellers. He lives in Washington, D.C., and the Dordogne. www.brunochiefofpolice.com

“Walker knows exactly what he’s doing in this series, which artfully seasons its plots with regional lore about the sport of falconry and with lessons in French history.” —Marilyn Stasio, The New York Times Book Review

“Walker deftly weaves disparate storylines into the narrative . . . As is the case with all the Bruno novels, The Body in the Castle Well is not to be missed.” —Bruce Tierney, Bookpage

“Whether he’s preparing a gourmet dinner, enjoying a glass of wine, or solving a murder, it’s a pleasure to be in Bruno’s company.” —Publishers Weekly

“Brushes aside the extraneous and immediately takes the reader into the investigation and the array of characters and motives with no wasted verbiage.” —Toni V. Sweeney, New York Journal of Books

“This will satisfy fans of the series, and also those who enjoy intricate mysteries in unique settings with plenty of local details.” —Dan Forrest, Library Journal