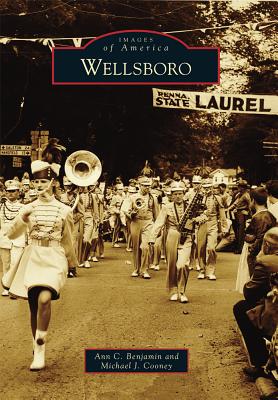 Wellsboro, the county seat of Tioga County, owes much of its vitality to dense forests, abundant wildlife, and mountainous terrain. Named by the National Park Service as a Natural Landmark in 1968, nearby Pine Creek Gorge was introduced by George Washington Sears, better known as "Nessmuk," in 1860 and later publicized as "the Grand Canyon of Pennsylvania." A weeklong Laurel Festival, organized in 1938, celebrates the canyon, the state flower, and Wellsboro. The Laurel Parade and the Laurel Queen coronation conclude the festivities each year. Wellsboro also owes its long-term prosperity to agriculture, logging, mining, and industry, all of which have contributed to the town's economic survival and growth. Corning Glass Works, a shining example of industrial innovation, made Wellsboro "the Christmas Bulb Capital of the World." Described as quaint, Wellsboro is often compared to a New England village. In addition to a row of antique gaslights lining the boulevard, the Penn-Wells Hotel, the Arcadia Theatre, and Dunham's Department Store, all of which date to the early 1900s, add to Main Street's charm, while the Green features a fountain statue of "Wynken, Blynken, and Nod.