Evidence of Love: A True Story of Passion and Death in the Suburbs (Paperback) 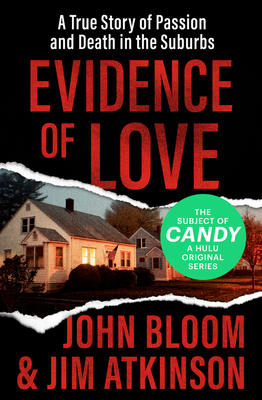 The "fascinating" true story behind the HBO Max and Hulu series about Texas housewife Candy Montgomery and the bizarre murder that shocked a community (Los Angeles Times Book Review). Candy Montgomery and Betty Gore had a lot in common: They sang together in the Methodist church choir, their daughters were best friends, and their husbands had good jobs working for technology companies in the north Dallas suburbs known as Silicon Prairie. But beneath the placid surface of their seemingly perfect lives, both women simmered with unspoken frustrations and unanswered desires. On a hot summer day in 1980, the secret passions and jealousies that linked Candy and Betty exploded into murderous rage. What happened next is usually the stuff of fiction. But the bizarre and terrible act of violence that occurred in Betty's utility room that morning was all too real. Based on exclusive interviews with the Gore and Montgomery families, Edgar Award finalist Evidence of Love is the "superbly written" account of a gruesome tragedy and the trial that made national headlines when the defendant entered the most unexpected of pleas: not guilty by reason of self-defense (Fort Worth Star-Telegram). Adapted into the Emmy and Golden Globe Award-winning television movie A Killing in a Small Town--as well as the new limited series Candy on Hulu and Love and Death on HBO Max--this chilling tale of sin and savagery will "fascinate true crime aficionados" (Kirkus Reviews).

John Bloom is an investigative journalist and the author of nine books. A Pulitzer Prize nominee and three-time finalist for the National Magazine Award, he has written for Rolling Stone, Playboy, Newsweek, and the Village Voice, among other publications. In addition to coauthoring, with Jim Atkinson, true crime classic Evidence of Love (1983), he penned, most recently, Eccentric Orbits: The Iridium Story (2016), an Amazon Best Book of the Year So Far heralded by the Wall Street Journal as "a panoramic narrative . . . big, gutsy, exciting." Bloom has also written several books of humor and film criticism and hosted television shows as his alter ego, Joe Bob Briggs. He lives in New York City. Jim Atkinson is an award-winning reporter, television correspondent, and crime writer. The founding editor of D, the magazine of Dallas, he has contributed to Esquire, Gourmet, GQ, Texas Monthly, and the New York Times, among other publications. He is the coauthor, with John Bloom, of true crime classic Evidence of Love (1983), and author of The View from Nowhere (1987), a guide to "the best serious drinking bars in America." Atkinson lives in Santa Fe, New Mexico.