One Nation Under Blackmail: The Sordid Union Between Intelligence and Organized Crime that Gave Rise to Jeffrey Epstein (Paperback) 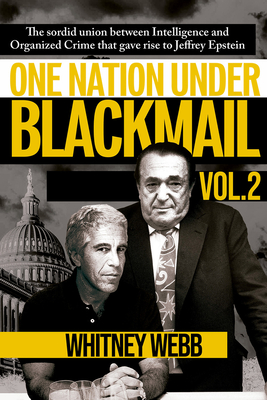 One Nation Under Blackmail is a damning indictment of the consequences resulting from the nearly century old relationship between both US and Israeli intelligence and the organized criminal network known as the National Crime Syndicate. This book specifically explores how that nexus between intelligence and organized crime directly developed the sexual blackmail tactics and networks that would later enable the sexual blackmail operation and other crimes of deceased pedophile and sex trafficker Jeffrey Epstein. Other books on Jeffrey Epstein focus on the depraved nature of his crimes, his wealth, and his most famous/politically-connected friends and acquaintances. This book, in contrast, reveals the extent to which Epstein's activities were state-sponsored through an exploration of his intelligence connections.

Whitney Webb has been a professional writer, researcher, and journalist since 2016. She has written for several websites and, from 2017 to 2020, was a staff writer and senior investigative reporter for Mint Press News. She currently writes for The Last American Vagabond and hosts an independent podcast called Unlimited Hangout. Her work aims to highlight under-reported issues and find common ground between people of different political persuasions regarding corruption, government overreach, the lack of accountability for militaries and intelligence agencies, and the military-industrial complex.