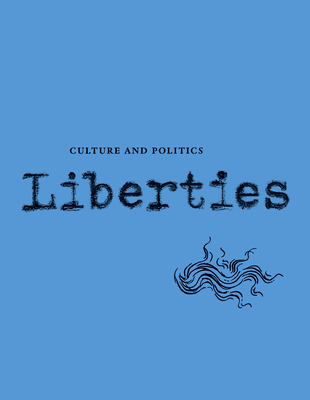 "A Meteor of Intelligent Substance"
"Something was Missing in our Culture, and Here It Is""Liberties is THE place to be. Change starts in the mind." Liberties, a journal of Culture and Politics, is essential reading for those engaged in the cultural and political issues and causes of our time. Liberties features serious, independent, stylish, and controversial essays by significant writers and leaders throughout the world; new poetry; and, introduces the next generation of writers and voices to inspire and impact the intellectual and creative lifeblood of today's culture and politics.In this issue of Liberties, highlights include: Martha C. Nussbaum on not hating the body; David Nirenberg and Ricardo Nirenberg explain what numbers cannot capture; Maria Stepanova on living out of time during Covid; Pratap Mehta on India's Voltaire; Michael Kimmage on American rise of decline; Nicholas Lemann on gaining his religion; Samuel Moyn on rights v. duties in contemporary liberalism; William Deresiewicz analyzes our culture's obsession with origin stories; Alastair Macaulay on Merce Cunningam's singular beauty and importance; Helen Vendler on the tormented life of Gerard Manley Hopkins; Elisabeth Lasch-Quinn on ancient philosophy as self-help; Philip Kitcher on the cost of pre-professionalization at college campuses; Celeste Marcus on The Night Porter as a love story; Leon Wieseltier on Art, Politics, And Confusion; and, new poems by Andrew Motion, Collin Channer, and Aaron Fagan.

Leon Wieseltier is the editor of Liberties. Celeste Marcus is the managing editor of Liberties. Martha C. Nussbaum is the Ernst Freund Distinguished Service Professor of Law and Ethics at the University of Chicago and author most recently of Citadels of Pride: Sexual Abuse, Accountability, and Reconciliation.David Nirenberg has been appointed director of the Institute for Advanced Study at Princeton. Ricardo Nirenberg is a mathematician. They are the authors of Uncountable: A Philosophical History of Number and Humanity from Antiquity to the Present.Samuel Moyn is the Henry R. Luce Professor of Jurisprudence and Professor of History at Yale Law School. He is the author most recently of Humane: How the United States Abandoned Peace and Reinvented War.Maria Stepanova is a Russian poet and essayist and the author of In Memory of Memory. This essay has been translated by Alexandria Dugdale. Pratap Bhanu Mehta is an Indian intellectual and the author of Burden of Democracy. Nicholas Lemann is a professor journalism at Columbia University and the author most recently of Transaction Man: The Rise of the Deal and the Decline of the American Dream.Colin Channer is a Jamaican poet and the author most recently of Providential.Michael Kimmage is the Ordinary Professor and the Chair of the History Department at Catholic University. He is the author, among other books, of The Abandonment of the West: The History of an Idea in American Foreign Policy.William Deresiewicz is a writer and critic and the author most recently of The Death of the Artist: How Creators Are Struggling to Survive in the Age of Billionaires and Big Tech.Alastair Macaulay is a critic and historian of the performing arts who was the chief dance critic of the New York Times and the chief theater critic of The Financial Times. Andrew Motion is a former Poet Laureate of the United Kingdom. He is the author of many collections of poems and a biography of Philip Larkin.Elisabeth Lasch-Quinn is an intellectual historian at Syracuse University and the author, among other books, of Reconstructing History: The Emergence of a new Society. Philip Kitcher is the John Dewey Professor Emeritus of Philosophy at Columbia University and the author of Life After Faith: The Case for Secular Humanism. Helen Vendler is the A. Kingsley Porter University Professor Emerita at Harvard University. Aaron Fagan is a poet and the author of Garage and Echo Train.