There Goes The Neighborhood (Paperback) 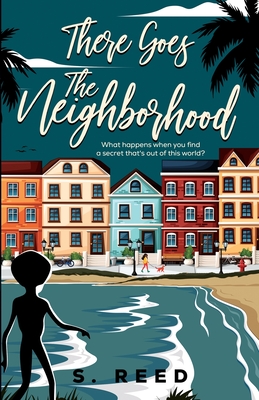 They say there are only five kinds of alien contact...

But what if there is a sixth kind?

residents. One, in particular, Ignatius Feltrap.

Ignatius doesn't abide by the snobbish rules of her clich cul

de sac, but when she stumbles upon the secret of a lifetime

while walking on the beach... her life is thrown

for an out of this world loop.

Turns out, extra-terrestrials are real.

Enter V son, a sassy alien on the run from their home planet.

V on has blended in for years, while trying to evade capture

from their own evil government along with Earth's mysterious

agency until, of course, Ignatius and her trusty Labrador,

Alfie, blunder upon them. It doesn't take long for a once

in a lifetime friendship to form, and Ignatius vows

to protect V son at any cost.

Can they solve the mystery of Ignatius's late husband's death

before the alien government and Earth's top-secret one find

where V son is? And more importantly; can they do it

before the annual Neighborhood Christmas Fete...