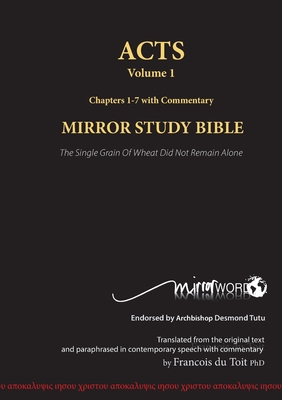 In this second book of Luke, he again addresses it to Theopholis, lover of God.
Luke 1:1 There have been several attempts to give an accurate account of the extent of that which has been fully accomplished within us. Luke 1:4 My prayer is that this word will be a heavenly download into your spirit so that you may know beyond a shadow of a doubt the absolute certainty of these things that you were taught.
J.B. Phillips writes in his introduction to his translation of the book of Acts: This book is characterized by the same easy-flowing Greek of Luke's Gospel. There are 50 words that only occur in these two works and nowhere else in the NT.As in his Gospel, Luke shows the same deep interest in women, the same sympathy for the sick and poor, and the same concern for Gentiles. There is also the same doctor's precision in the use of medical language.
Now in much modern evangelism the main plank of the platform is the emphasis, again and again, upon the utter sinfulness of man. "The Bible says, 'all have sinned'." the modern evangelist would shout. "The Bible says, 'There is none righteous, no not one.' 'The bibles says, 'All our righteousness are as filthy rags'" Indeed, the modern technique of arousing guilt by quoting isolated text of scripture is not found in this book at all.Naturally enough The Jews on the Day of Pentecost, were 'pricked to the heart'. For as a race they were responsible not only for the rejection, but for the public execution of God's Christ. But we do not read any similar reaction when the Gospel is preached to the Gentiles.