The Next Batman: Second Son (Hardcover) 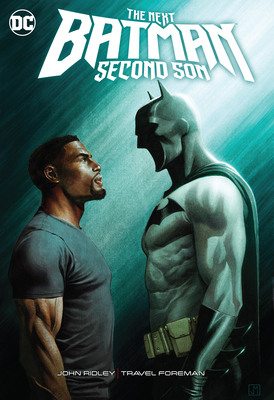 Discover the origin of the new Dark Knight, Tim "Jace" Fox! The estranged son of billionaire Lucius Fox has returned to Gotham City and taken on the mantle of Batman after being away for years. Where has the eldest son of one Gotham's premiere families been for these 'missing' years and how did he become Gotham’s New Protector?

Tim “Jace” Fox has returned home following the tragic events of the Joker War and Lucius Fox taking full control of the massive Wayne fortune. While his mother and sisters greet Jace, his younger Luke, secretly the armored vigilante known as Batwing, does not welcome his estranged sibling back with open arms. Is there city big enough for two Fox brothers to protect it? Find out how Jace evolved from man of mystery to Gotham’s newest guardian.

John Ridley is an American screenwriter, film director, novelist and showrunner, known for 12 Years a Slave, for which he won an Academy Award for Best Adapted Screenplay. After both writing and directing his film debut, the 1997 crime thriller Cold Around the Heart, Ridley went on to write the novels Love Is a Racket and Everybody Smokes in Hell. His novel Spoils of War was adapted into the film Three Kings. Ridley then became a writer and a supervising producer on the NBC crime drama Third Watch. His other novels are The Drift, Those Who Walk in Darkness, and A Conversation with the Mann.