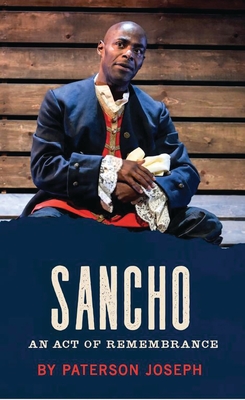 Born on a slave ship in 1729, later becoming the fellow actor and friend of David Garrick and the first black person of African origin to vote in Britain, the life of Charles Ignatius Sancho was full of surprising, moving and funny twists.As Thomas Gainsborough paints his famous portrait, we are given an insight into the forgotten but true story of an African man who dared to act, write, sing, dance and voice his political opinion with wit and charm. One of the UK's finest actors, Paterson Joseph (Peep Show, Emperor Jones, Survivors) brings Sancho to life in this world premiere at the Burton Taylor Studio.

Born in London, Paterson Joseph attended LAMDA, and has worked extensively in British drama and comedy programs, as well as critically acclaimed performances in a number of theatre productions. Sancho is his first play.