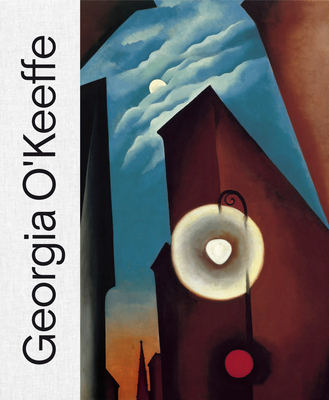 A visual feast of flowers, abstractions, cityscapes and landscapes from American modernism's most iconic painter

Offering a complete survey of Georgia O'Keeffe's illustrious career, this magnificent new book ranges from the works produced between 1910 and 1920 that made her a pioneer of abstraction to her celebrated flower paintings and views of New York, which led to her recognition as one of the key figures in modern American art, and culminating with her paintings of New Mexico.

The selection of color plates is accompanied by quotes from O'Keeffe on her art and additional photographic material pertaining to the paintings. The sense of reverence for the world and its forms emerges vividly through O'Keeffe's words. "The unexplainable thing in nature that makes me feel the world is big far beyond my understanding--to understand maybe by trying to put it into form," she writes. "To find the feeling of infinity on the horizon line or just over the next hill." Also featured are a biography and texts by contributing curators from the venues to which the show travels, by scholars at the Georgia O'Keeffe Museum in Santa Fe and by acclaimed French art writer Catherine Millet. Georgia O'Keeffe (1887-1986) began her art training at the School of the Art Institute of Chicago and the Art Students League of New York. She moved to New York in 1918, and in 1924 married Alfred Stieglitz. From 1929, O'Keeffe began spending part of the year in the Southwest, which served as inspiration for her paintings of New Mexico landscapes. After Stieglitz's death, she lived permanently in New Mexico, in Abiqui , later moving to Santa Fe.