The Origins of the Cornbread Mafia (Paperback) 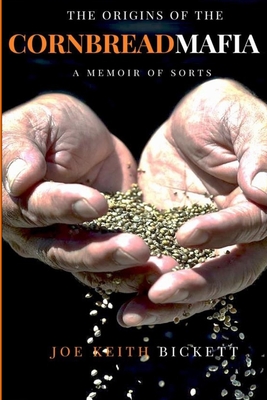 On a September night in 1978, Muhammad Ali would attempt to reclaim his title from Leon Spinks in one of the greatest heavyweight matches of all-time. That same night, a crew of over twenty-five country boys from in and around central Kentucky, which would soon be known as "The Cornbread Mafia" would pull off one of their many outrageous exploits by attempting to reclaim a huge marijuana field that had been seized by local law enforcement. Although "The Cornbread Mafia" is legendary in Central Kentucky, most people do not know the true origins of the iconic group. Now comes the author's first-hand account of how this term was coined and the many escapades they encountered along the way. This author was actually there, living the events, and tells his unbelievable true story of how a group of small-town country boys began a pot growing operation in the early 1970s which would become the biggest home grown marijuana operation in U.S. history.

The term "Cornbread Mafia" was first publicized by the U.S. Attorney's office in Louisville, Kentucky in June of 1989. Following up on October 8th that same year, the largest newspaper in Louisville, Kentucky The Courier Journal published a special edition in their Magazine regarding "The Cornbread Mafia" and "How good ol' boys from Kentucky (just trying to make a living) organized the biggest marijuana farming operation in U.S.history." However the term "The Cornbread Mafia" was coined many years prior to that date. Joe Keith Bickett was personally involved and wants to share his story with all of you. While spending over 20 years in federal prison, he wrote several memoirs regarding his involvement in the so-called "Cornbread Mafia." Author Joe Keith Bickett now works as a law clerk, legal assistant/paralegal with the Law Offices of Elmer J. George in Lebanon, Kentucky.