Thoughts On My Thoughts (Paperback) 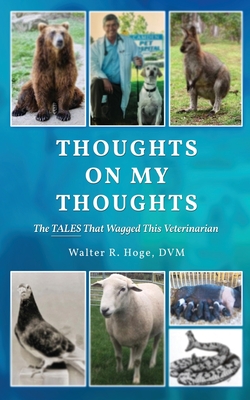 In 1952 Stanley L. Miller carried out the Miller-Urey experiment which showed that complex organic molecules could be synthesized from inorganic compounds. This discovery gave a huge boost to the scientific investigation of the origin of life. Indeed, for some time it seemed like the creation of life in a test tube was within reach of experimental science. This "God-like" discovery had a strong influence on the atmosphere in science classes I attended in the 60's. Over the centuries nature and man through natural and man's selection have changed the appearance and productivity of plant and animal life. The life we observe today is much different than seen by earlier civilizations. The laws of natural selection, survival of the fittest and genetic material placed into plant and animal genomes from infections by viruses and bacteria over the eons of time have ensured that the evolution of living matter is a continuing dynamic force. Modern research is also changing life on our world by removing or splicing genetic material in living organisms. These efforts have made it possible to increase food production and nutritional value as well as help prevent or control inherited human diseases.

We have come a long way since Stanley Miller's experiment creating organic building blocks that make up the temporal bodies of the plant and animal kingdom. However, man has never created a living organism from basic matter that makes up the earth and given it the "spark of life" and the ability to regenerate itself. The only documented place I've found where a living organism has been created that could reproduce others of its kind is in Gen 2:7 "then the Lord God formed (that is, created the body of a) man from the dust of the ground, and breathed into his nostrils the breath of life; and the man became a living being (an individual complete in body and spirit)." And, it appears that He also breathed life into the plants and animals. I'm grateful to have had the opportunity of being able to touch some of God's creations during my lifetime and can't wait for the day when I may meet with Him and ask, "Just how did you do that?"